Who else used to play with paper dolls when they were little?  I remember cutting them out of their cute little books, cutting out all the clothes…and later, punching out clothes for paper dolls when they were perforated.  I remember making my own dolls from scratch, I mean from paper. The crown of my paper doll collection was definitely the Princess Diana and Prince Charles paper dolls, bought for me in honor of their wedding day!  (You should have seen the gorgeous, hard to cut out wedding dress!)

This week I decided to make some paper dolls with my 2 little five-year-old friends.  I had just been dying for an excuse to buy these super cute paper dolls from Paperglitter.  One of my little friends just had a pirate birthday, and this paper doll kit has the cutest little girl pirate ever!  You need to have the latest version of Adobe Reader installed to read the files, then you can decide which pages you want to print.  This paper doll set is fun because there are pre-colored outfits, and outfits that are ready to color.  The dollies are in color already. 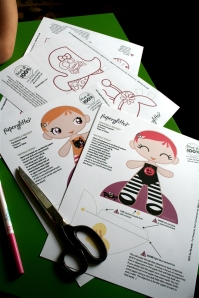 While the girls started coloring their outfits, I started assembling the dollies.  I had printed them out on white cardstock, which was not super high quality, so I decided to adhere 2 sheets together to make the dolls stronger.  So after printing out the doll pages, I stuck double sided tape on the back of the doll and the stand: 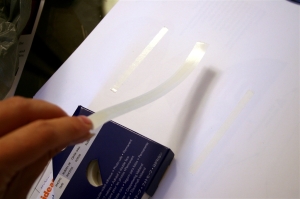 Then just stuck a white sheet of cardstock to the back and cut out each dolly and each stand.  Add double sided tape on the back of the stand that goes right behind the doll’s neck, to give her a lot of support! 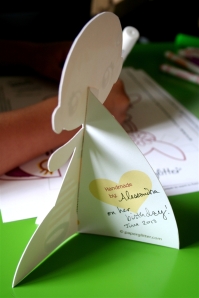 There is a cute little heart on the back of the stand where you can write who handmade the paper doll.  Cute cute!!! 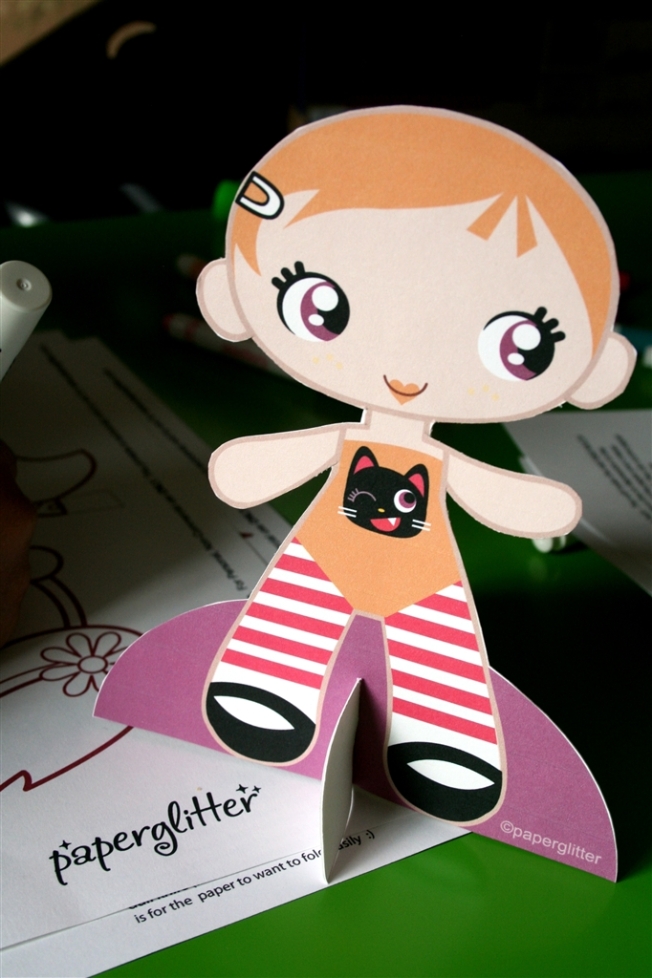 While I was doing this, the girls were busy with their markers, 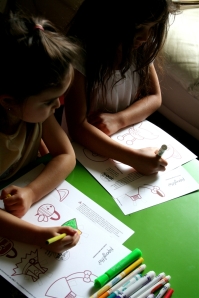 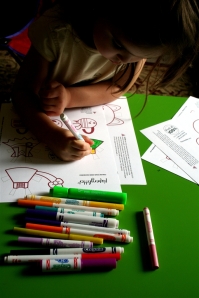 I did remind them to color in the lines, and they did really well, until the end, when a few scribbles appeared! 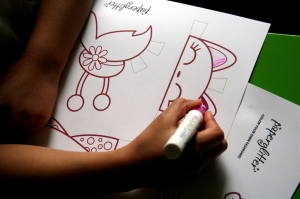 After assembling the dolls, I started cutting out the outfits that the girls had colored.  Later on, my little buddy wanted to try cutting out dresses herself, so I just printed off the page of outfits again, and away she went with her little scissors!!  (good practice for those fine motor skills!!) 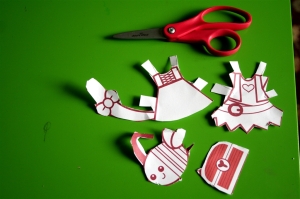 Pretty good cutting job, I thought!  Then she colored them in later…

Here we have the fashion show of the dollies in their colored costumes!!  Coming down the catwalk: 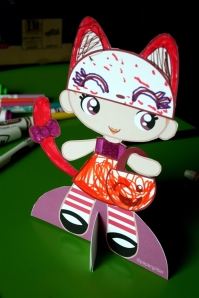 The dolly named “Cat” in her kitty cat outfit. 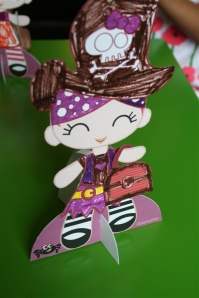 The dolly named “Kitty” in her pirate outfit! 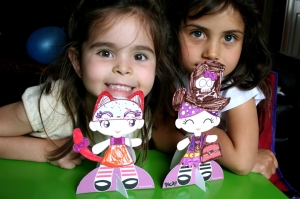 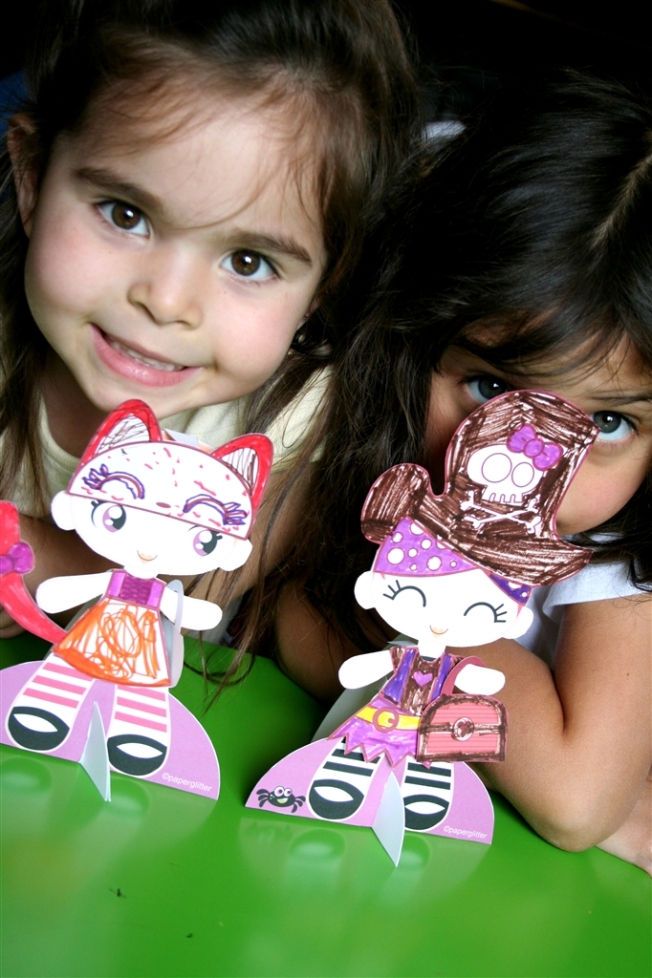 We had a fun time (if you like fiddly cutouts! which I do).  The creation of the paper dolls took awhile, then the girls played with them for a little while.  I was just totally pleased with the pure cuteness of the whole project!!  (and spending time with the girls!) 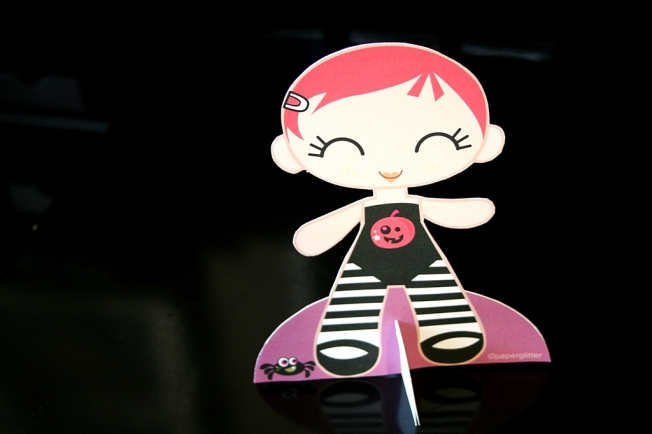